This is the video Rialto Historical Society Ghost Hunt part 1 , the first in a series we shot at the RHS on August 4th, 2010. It was seriously hot in the building when we were there. With us was Yussi and Vanina from Yussi Paranormal, Adam and Brandon from SIPA, Brandon working primarily on video ITC, and Nick and Natalie from a new group. 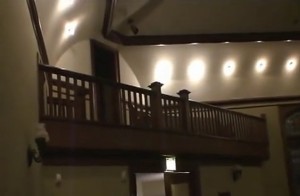 Since the old LAL (LifeAfterLiving) server has closed, we’re moving this video to the new server using the original YouTube (YT) video we uploaded on November 21st, 2010, rather than our saved LAL file. Quicker delivery and less bandwidth are the reasons. As of this writing the YT video has had 478 views, the LAL version had 1137 views, this with identical descriptions, keywords, titles, and videos uploaded, a classic example of suppression.