This video is named, Claranormal on Tori-Dean Linda Vista Hospital, and is footage of Steve and Scott meeting up with Tori and Mehran from the Tori and Dean TV show at Linda Vista Hospital .
We were contacted to do this back in early 2010, and we shrugged and agreed to. I tried to get Justin and Scotty there, as, seriously, nobody want to see this ugly mug, but Justin couldn’t make it, so it was Scott and me. Tori and Mehran were a blast to hang with for  the night, and everything you saw on the episode was 100% real. 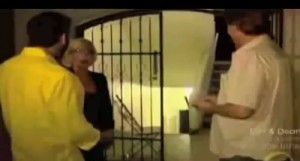