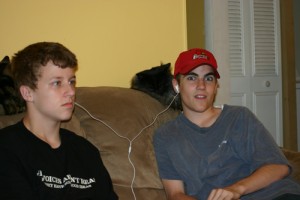 Sharing your Stuff (originally named “Sharing your data and media with the public” and written 12-12-2012, this has been slightly edited and re-posted on 2-26-2015.

There are a lot of options on the internet for displaying your life, your profession, your hobby. There’s Youtube for videos, Soundcloud for audio, Pinterest for images, Facebook for social networking, Blogger for blogging, as well as many others in each category, and of course personal and business web sites for gathering all the above media in one place via links and embedded code.

With a website you can post all the above items while skipping embedded links altogether if you’re a pretty good programmer or have a good written script that can handle images efficiently, load and play videos seamlessly, play back audios, all while allowing blogging and social networking.

There are also other options that you may not have thought of.

I use nearly all of the normal web sites I listed above for my images, videos, blogs, audio files, and networking, but I also use some others too, like LifeAfterLiving.com, a paranormal based community, YoureOn.net, a media based community, and Laughshop.com, a humor based community, to supplement all of my media presentation needs.

YoureOn.net and LifeAfterLiving.com are both scripts from PhpMotion [edit 2015, were, they now run on a different platform] that allow me to customize how they look, feel, operate, and I can tinker with the script all I want. If I break the script it’s on me to fix, usually with help from a great community of fellow script tinkerers. Both YoureOn.net and LifeAfterLiving.com are free scripts that allow me and my users to post videos, mp3 audio, images, blogs, play games and do some social networking. YoureOn.net takes it a little further and allows people to broadcast their radio shows, and both sites are totally free to use.

Laughshop.com, our oldest humor site, runs on the Dolphin platform from Boonex, [2015, not any more] and apparently it’s based on the Rayzz platform. Boonex is a Russian script that, while feature packed – and some of the features actually work – is far and away the better looking script of the two. Dolphin is also “free” to use, but to unlock all of the script’s potential you must pay upwards of $800 (and more). Yes, most of the key items work right out of the freebie box, but again, to make the most of the script you will pay, and pay, and pay. However, Boonex is a VERY robust script.
For example, with PhpMotion there are a ton of hacks you can edit in that extend the usefulness of the script. This php scipt is pretty straight forward in its labeling, in it’s language, and the community of script tinkerers is both quite large, friendly, helpful, and is free to access. Access to the Boonex community is free as well to read, but if you want to ask a question about your particular site or script, you’re going to have to pay. Perusing the replies to help questions, I have also found responses that are in Russian or broken English. Not tons by any means, but enough to make you question whether the advice given will actually work. There’s also a fair number of snarky, rude replies too. Granted, sometimes you find those sorts of replies in the PhpMotion too, but the PhpMotion community as a whole polices itself really well, whereas it seems less so in the Boonex forums.

Editing the script is generally easier with PhpMotion than with Boonex, at least for me, but this is largely due to the fact that I have been editing the PhpMotion script for a long time, and the Boonex script is just less familiar to me.

There are other alternatives too, like ClipBucket, which was the first CMS I used. It too was fairly simple to use, looked good, was robust and totally free, but a few things made it not useable for me. When I swapped to PhpMotion from Clipbucket, it was because I wanted to be able to host audios too, and at the time Clipbucket was not capable of that feature. It is now. I have considered switching back to Clipbucket, but there are other issues now. The basic script is free, but they have now added a lot of “Gotcha” items that simply cost nothing at PhpMotion.

Clipbucket is a Pakistani written script, and while I don’t know about now, back when I first used Clipbucket the instructions and community help areas had a LOT of slow replies in queries for help, and when people would complain they were basically told that hey, it’s a free script, we’ll help you on our time and when we get around to it. Not cool.

Also the replies were many times in not very good English, so it made it harder to follow for a mono-lingual person such as myself. There was one other thing that made me turn away from the Clipbucket script too, and that was the script writers apparent loathing of Internet Explorer, much of it based on the archaic architecture of IE versus Safari or Mozilla. Yes, IE lags behind Mozilla and Safari browsers in my opinion, however, I think that they just did not want to deal with making the script completely IE compatible, and honestly, why in the world would the end user of a script want to alienate the people who do still regularly use IE? Seems a silly thing to do.

There’s also Joomla, which I have tried but I just couldn’t make it work right, as well as Clipshare, which I know almost nothing about. Joomla has a lot of users, but in my tinkering I simply found it too difficult, too time consuming to manage. I think Joomla is a good choice for people who want to geek out over having complete control over their media presentations.