This video is from December, 2012, and is called A Tale of Two Restaurants Ghost Hunt EVPs. Both restaurants are now closed, but at the time we sought to help the first one with a potential paranormal activity issue, and the second restaurant with definite ghost activity be free from them. These were both done the same day.
The first restaurant was in a terrible location, hidden behind a bunch of other businesses, had great food and friendly folks. they were only open for breakfast and lunch. We came in after service on a Sunday and checked it out. The mediums, Lilia and Phil, detected a presence at the 1st restaurant, and we caught EVPs that back that up, and before leaving Lilia did a cleansing. At the second restaurant, I had already seen and heard enough at to know it was haunted, and a cleansing was done there as well. 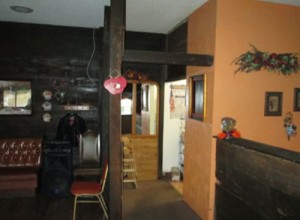 This video was originally uploaded on December 20th, 2012, but kept private as both businesses were ongoing concerns. The first restaurant closed down some time ago, which made me sad, the second continues to open and close as new entities, mostly because the jackass that owns the building sabotages the proprietors over and over. That business is currently closed. Since that is the case, we are going ahead and making this video public.