This video is names Berdoo Camp Minisode 1 Four Wheeling, and is from March, 2011. This is a mini episode, or minisode, part of the full episode and with added footage not seen in the full version, and is the 1st of three on our adventure to Berdoo Camp, a long abandoned outpost used from 1930 to 1937 during construction of the California Aqueduct tunnels.  We went out knowing we’d be four wheeling in, followed that up with some shooting, which is legal there, dinner, and a ghost hunt. A very full, fun day. 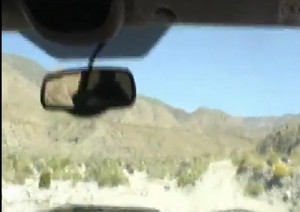