This video was made in April 2014, a spoof of the heart wrenching ads, and is called Help Cure GDD, Ghost Deficit Disorder. This was in support of the Omen House Paranormal Tours, and has Steve and lil Z in it. We had some cheesy clothes laying around, someone brought them over and they were going to the Salvation Army, but before they did Z and I dressed all goofy, Scotty queued up some sappy music, and boom, video. 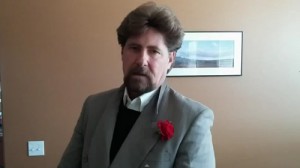 This was uploaded to YouTube and LifeAfterLiving on April 10th, 2014. On YT this had 101 views at this time, on LAL there were 136 views as of January 22nd, 2015 when we disconnected the old server. We are not using the YouTube version here to save bandwidth.